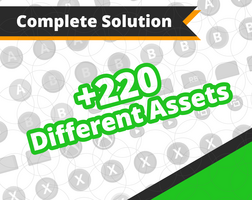 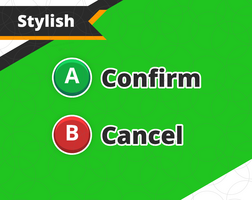 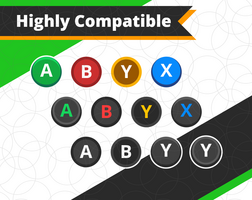 After several requests and  several months  I am finally releasing the XBOX Button UI Kit.

This package is about double the size of the first one, employs a new naming convention and supports both Xbox 360 and Xbox One inputs.
Along with the main package I have once again attached a demo collection with 11 free useful assets for people to use on their pet projects and gamejams.

A collection of GUI prompt elements specifically for XBOX Controllers