A sprite-sheet with the most vital animations for simple platformers.

* single frames, but that may change in the future depending on demand.

** Aseprite can be found here, but you have to pay for it in order to save.

I started making this from a doodle I made when I first got Aseprite, I liked it so I decided to make something of it, but as I am not a big programmer myself I've chosen to throw it on itch.

There is a high chance of seeing updates in the future as all changes will be uploaded relatively soon after they are made. I am also open for suggestions and request(within reason) in case you feel that it needs something specific.

can I use this for a commercial gam

Hi! :D   first of all, thanks for creating this peculiar character
I like the character, I plan to use it as an unlockable character quite OP and fun to play  Despite not being a main character, she plays a very main role by being the third character to join. You did a great job  <3  thank you for leaving the download open and let me  check the character and use it, I fell in love with it, thank you for sharing it, Her appearance contrasts too much with the rest of the characters and that makes her very authentic. for now she has only made a small appearance in the next game

But everything is being prepared for her big debut <3

One last thing, can I mention you on twitter? for now I am starting.

So I don't have much diffusion but sometimes I put gifs where I show characters and I could mention you in them when the little witch appears.

Have a great day I wish you the best .

Thank you for this nice character

I am very glad you liked it and that it found a home in your project. You can absolutely mention me on twitter if you feel like it.

I'm gonna make a unexpected game with this assets xD

I gonna make a game with this asset. If i got money i will donate to you ;)

Hello I used your assets in my game for a game jam! Amazing work on the sprites and their animations! looking forward for more of your works! :D

here's the link to my game! https://hush-games.itch.io/monochrome

I played this. Pretty cool concept. I suggest you take out the game over screen, it can become infuriating to players quite easily if they die a lot. Instead; consider adding an instant level retry option, maybe bound to the 'R' key - That is sure to keep player tempo up!

Keep up the good work!

I'll consider your idea! Thank you so much!

Hi! I just used your assets as the central mechanic to my game, Home Before Dark. They were beyond perfect, I can't thank you enough. Check out the game, if you'd like!

I'm in LOVE with that! It's so cute <3 I'm gonna use it on a game for my college and if I finish it on time, I'll post it and I will put your name in the credits! How can I credit you?

Arks with a little reference to my twitter would be nice :) @scissormarks

The artwork is great for me and I used it in my game Run Away Inside The CRT Monitor. Credits given.

Reply
outside2 years ago

This is amazing, keep making more!

So much personality in such a simple style.

I will use it in my game, for  when i publish it please tell me how you want to appear in credits

Excited to hear about your game. Crediting me as Arks @scissormarks is fine. :)

Can I use these asserts commercially?

'First off, Thank you for buying <3' But it was free? Thank you very much for making this anyways lol. Very cute and unique. I know you made this a while ago but I hope you've been improving since then! (Not saying that THIS art is bad, its adorable, I meant as in I hope you're still making art)

Thank you, this is excellent! 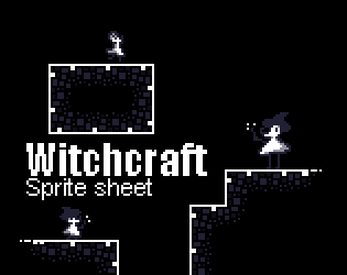